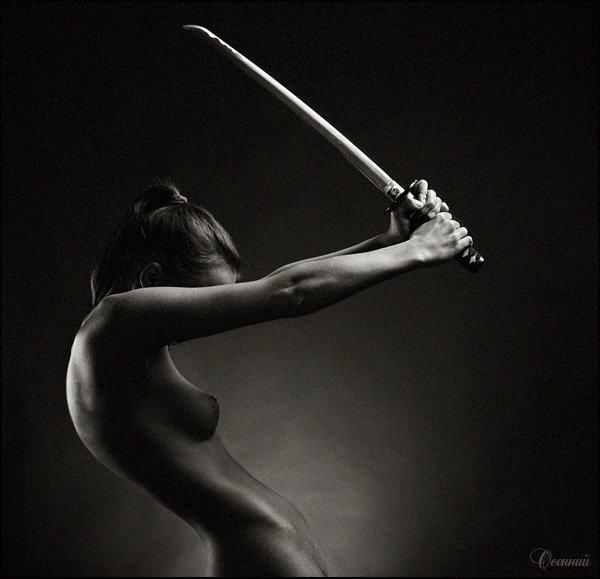 Posted by Michelle Goth at 2:03 PM No comments:

This is from Hard Ticket to Hawaii, who is the woman?
Posted by Michelle Goth at 8:46 AM No comments:

The pain began at Cynthia’s heels and moved sharply up the back of her legs.  Earlier her calves experienced a sharp pulling sensation that dulled as it moved through her thighs dying in her ass, before exploding in her lower back.  Each step was a test of her resolve, both physically in getting home and mentally in questioning if this was a foolish choice, the unhealthy product of rage and hubris.  An abstract expression of self-worth yelled into an uncaring and uninterested void.
After the miscarriage and the divorce Cynthia needed to feel in control of something.  And that feeling had led her to dust off her law degree and take the first menial clerking position she could find.  The move to the city and everything it entailed was invigorating at first, giving her sense of needed control in her life. Now it only showed her how little she had control of.  From the reliance on public transit to the hope she would not hear her young neighbors’ activities throughout her apartment after midnight.
The thin metal grating of the stairs outside her third floor walk up apartment required her to remove the heels she was expected to wear at work.  She tried not to think of the filth as her feet pressed against the cold metal.  A dull shiver coursed up her legs that prompted her to move quicker than expected though the haze of her fatigue.  At her door she in a single fluid motion she pulled the key from her purse and inserted it into the lock in a singularly impressive movement.  The door closed quickly behind her as she dropped her shoes and tossed her purse aside.
Absent mindlessly she turned the TV on, HGTV on the screen glamorized the suburban life she had fled as she moved to the kitchen and pulled a lean cuisine from the freezer and placed it into the microwave.  While her meal heated she brought the cardboard box to the trash.  The word ‘LEAN’ jumped out at her.  “Fuck You.” She told the box and herself while her gaze moved from the box to her stomach.  Though she was by no means fat, her once toned waistline pushed against the elastic of her skirt in a way she was not accustomed to.  Begrudgingly Cynthia,  released the button at her waist and allowed herself to spill out.  She stared at the unwanted flesh until the familiar ding of the microwave pulled her from her wallowing.  As she moved toward the couch and TV a sharp bang caught her attention from the opposite side of the apartment.  Absently she placed her meal on the coffee table to investigate the noise.
The building on the backside of her apartment was too close for Cynthia’s comfort.  If she opened the window and reached out she would almost be able to touch the other building without effort.  Because of this she had place two curtains on each window.  One for noise, another for light.  Pulling each aside a single light grabbed her attention from the surrounding darkness.  In the apartment half a floor below hers the shade was open and a naked man stood before her.  He was staring directly ahead in what appeared to be a deep focus.  His movements were fluid, as he spun a single pair of nunchucks around his body.   Her gaze moved slowly from his intense eyes and down his body.  The contours of his muscles were rigid and defined flexing in succession while the nunchucks moved slowly around his entire body.  She allowed the chucks to be her guide of his body, as they spun from his shoulders to his waist.  As the man swung the weapon around his waist she took in the site of his cock, moving in unision with the rest of his body.
Cynthia was unsure how long she was watching before she felt herself growing wetter.  In a trance her hand moved to examine herself, surprised by the sensitivity to her clit.  A shudder moved through her body causing her hand to grab hold of the window frame for balance.  Without thought she took control of her urge as her pointer and middle finger entered her, while her thumb continued to rub her clit.  Her eyes drank in her neighbor passionately while she brought herself to climax.  The standing orgasm caused her to stumble backwards as a minor head rush momentarily stole her balance.  Shaking it off Cynthia stripped naked on her way to the kitchen.  After a quick glass of water she laid on her bed her dinner forgotten and was soon asleep.

For the next week Cynthia rushed home after work and masturbated nearly every evening while watching her neighbor workout naked.  Her feelings of guilt at the invasion of his privacy were each night overpowered by her prurient obsession.  In an act of conciliation to her guilt she debated standing naked in the window, but her sense of shame at her figure prevented it.  With one hand against the window frame and the down the waistband of her shorts she watched her neighbor’s body as it flowed gracefully in seeming perfect control of himself and the nunchucks.  And then he looked up and smiled knowinly.  It all happened in a single motion, their eyes met and it could not be denied.  He knew where to look.  In shock Cynthia stepped back and pulled her hands away from herself.  Suddenly she was aware only of her breathing, and in this awareness she told herself she needed to take control of herself.  She toward the window, looked down and waved with as innocent a smile as she could.
He was in the window, the nunchucks resting on his shoulders.  He was motioning for her to open the window, and she did.
“Hello.”  He called up to her.
“Hi.”  She responded as casually as she could.
He pulled the nunchucks from his shoulders.  And held them out.  “Can you catch?”  He asked.  Cynthia nodded and he tossed them to her.  After she caught them, he climbed onto his window sill.  “Step back.”  He told her, and she did.
In a single motion the man jumped between buildings and pulled his naked frame into Cynthia’s apartment.  “Hi, Nice to meet you.”  He said with an extended hand.  The two shook hands and he asked.  “Do you want to learn to use those?”
“Sure.” Cynthia answered.
“We’ll need more space he said.”
Cynthia brought him into the living room.
The man stood in front  of her and he began to move his hands over her body placing her in the proper stance.  Delicately he wrapped her fingers around the nunchuck.  “For most movements you’ll want to hold the top of the stick here, it will provide you the most control.”  He told her.  Next she followed his instructions bringing her right hand up and back while her left moved past her stomach to catch it on the opposite side of her body.  Her hand grabbed a handful of the bulky tee shirt she was wearing, instead of catching the nunchuck.
“Easy fix.”  He said before grabbing the bottom of her shirt and pulling it over her head in a single motion.
Standing topless before him, Cynthia felt vulnerable, then powerful, as his eyes took in the sight of her exposed breasts, and she noticed his cock twitched ever so slightly.
“This doesn’t feel right.”  She told him as she stepped back.  Caught off guard the man also stepped back, respectfully giving her more space.  His look of concern transformed to a coy smile as Cynthia pulled her sweats pants down her body.  She stepped from the garment toward him.  “Where were we?”  From behind her, he reminded her of the proper grips before moving his hands over her bare body.  The back of his fingers traced the curves of her body without making contact from the curve in her hip to the swell of her breasts and around to the back of your neck.  “You must be aware of yourself.”  He told her, and she was as her nipples stretched outward.
Again she brought her right hand with the chuck up and back and her left moved around her waist.  It was not a smooth motion, but it hit smacked her palm.  She had closed her grip too slowly to catch it.
“Again,” she heard him behind her.  After three more attempt she caught the chuck as it moved behind her and into her waiting left hand.  The focus on her faced transformed into a smile.
“Great, now bring your left hand up and back and catch it with your right.”  He said.
With her grip on the nunchuck tight, Cynthia brought it across her body and upward.  Her movement jerked, causing the chuck to smack her in the middle of her back.  She tried again to bring the weapon across her body, but each time the nunchuck struck her back.
“It needs to be a smooth movement.”  He said after she looked behind her.  “Here.”  He said as he stepped closer to her.  “Place the nunchuck on the ground.”  He told whispered into her ear.  She bent over in front of him placing the weapon on the ground.  She stood up and he brought his hands to her hips aligning her posture precisely.  Slowly he moved his hands to her shoulders then her hands.  “A single smooth motion,” he spoke quietly in her ear.  He was close enough she could feel his breath on her neck.
He moved her hands across her body simulating the basic movement without the nunchuck, never taking his hands from hers as her body’s craving for his touch grew with each movement.  “Ready?” He asked before he slowly released her hands.  He moved his fingers back up her arms and lingering for a single moment before moving back before her.
Cynthia looked at the nunchucks on the floor and then to him, standing naked before her and waiting.  Her hands moved around her body, simulating the motion.  “Be aware of how your body feels.”  He advised her.  And she was and but she did not bend of to grab the nunchuck, she stepped backward and in a smooth motion grabbed hold of his cock.  He was neither soft or hard but she heard him gasp as she began to stroke him.  He closed the gap between then and she released him and turned toward him.  As he leaned forward to kiss her she took him in her hand again and continued stroking him. 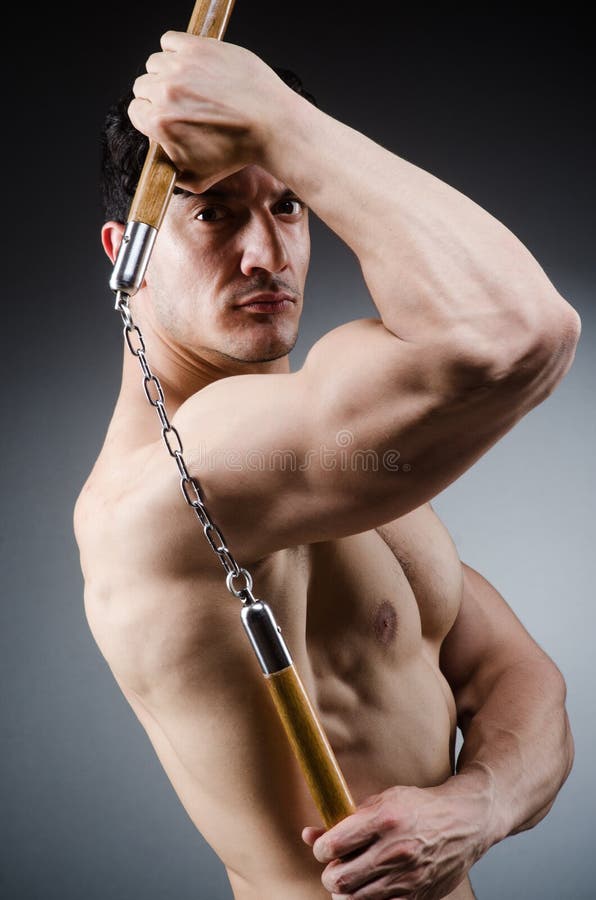 Posted by Michelle Goth at 10:16 AM No comments:

The Four Lessons of Janet Lee

The Four Lessons of Janet Lee
by M.R. Gott
Lesson One from Miyamoto Musashi’s Book of Five Rings.

Posted by Michelle Goth at 10:11 AM No comments: 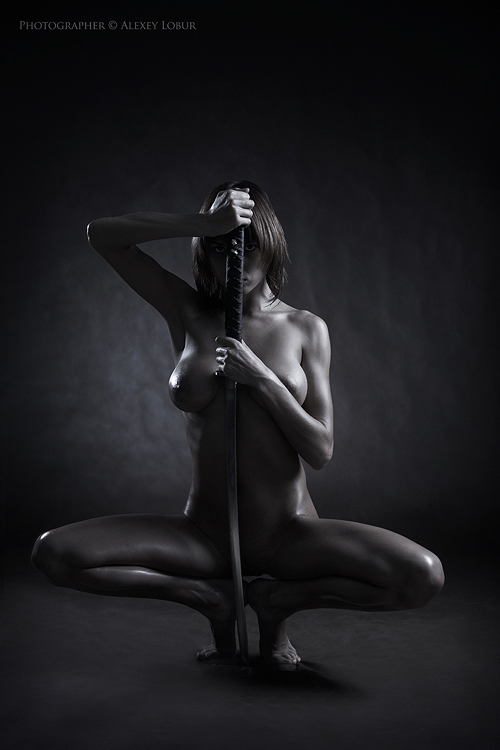 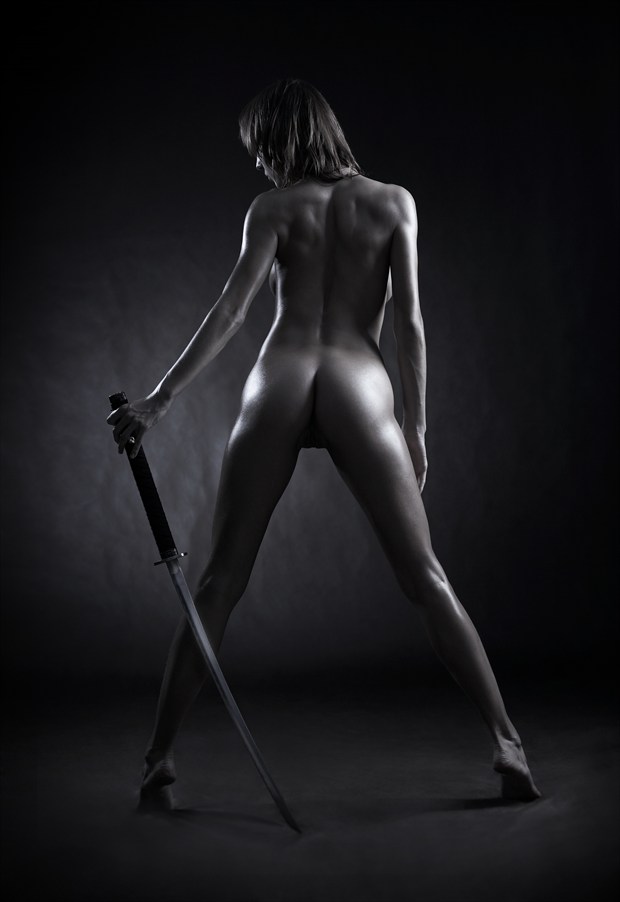 Posted by Michelle Goth at 4:46 PM No comments:

Posted by Michelle Goth at 4:43 PM No comments:

Posted by Michelle Goth at 4:45 PM No comments: Michelle Goth
Hi I'm looking to have the phrase Martialotica, become common place, and if you're here thank you. If when you can't sleep you'd like to do nunchuck tricks while wearing only moonlight, you're in the right place.